You are here: Home1 / Analytics papers2 / Belgium3 / Adoption of virtualisation solutions seem to be stagnating in Belgium

Adoption of virtualisation solutions seem to be stagnating in Belgium

More than 70 percent of all company offices with 50 or more employees use server virtualisation.  The most popular solution for server virtualisation is VMware (78.4%). Then comes Microsoft with 17 percent and about 4 percent of the inventoried solutions are from Citrix. These results have emerged from an analysis by Smart Profile of about 4,000 interviews held with IT managers from company offices with 50 or more employees on the infrastructure used. 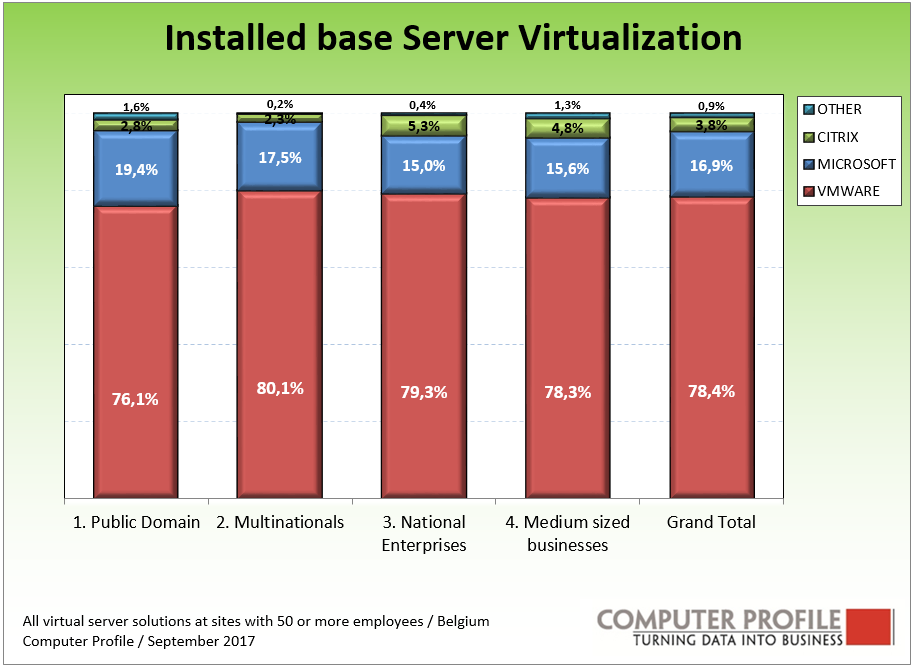 The differences between the different market segments are relatively small. VMware seems to enjoy its strongest position within government authorities and manufacturing. Microsoft is also performing well in manufacturing and financial services. 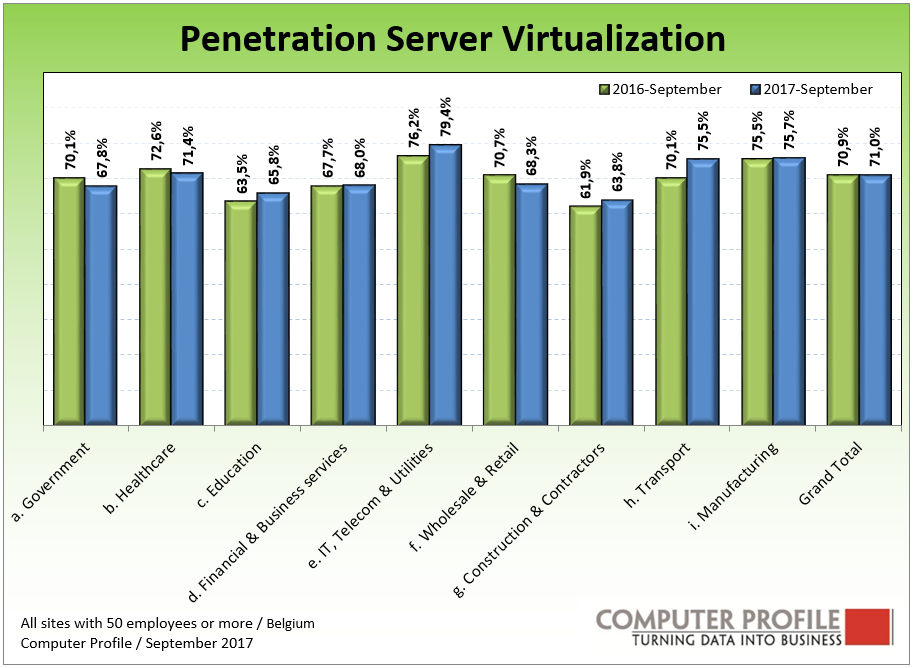 Moreover, we have not seen any increase for desktop virtualisation at Belgian company sites. The percentage of company locations that say they use these solutions remains around 4 percent.

The largest shares in virtualisation are to be seen in server virtualisation. Over 70 percent said that they use solutions such as VMware EXSX(I) or Microsoft Hyper-V.

VMware by far the largest in the server virtualisation market

Three Office versions on the business market with growth
Scroll to top
Stay up-to-data?Subscribe to our newsletter and receive monthly tips, tricks, and updates about our new products and services to improve your marketing and sales.