McAfee remains the market leader in business antivirus solutions in Belgium, but is losing market share

McAfee continues to top the market of antivirus solutions, in spite of a dropping market share, as shown by a market analysis conducted by market intelligence specialist Smart Profile, for which more than 3673 Belgian companies with more than fifty employees were surveyed.

Smart Profile draws a distinction in its analysis between penetration (the number of companies that use a certain antivirus solution) and the installed base. The latter refers to the number of automated workstations that each company has and consequently the number of times that an antivirus programme was installed.

When we look at the penetration rate, we see that, as in 2017, McAfee (27.3%), Symantec (24.8%) and Trend Micro (17.3%) constitute the top three. McAfee however is the only one that has seen its share drop slowly, as it had a 39.1% market share as recently as in 2010.  The other two players have remained at about the same level over the years.  Kaspersky, ESET, Sophos and F-secure have gained ground in the last 8 years however, with Kaspersky registering the strongest growth among them, from 4% in 2010 to 12% today. 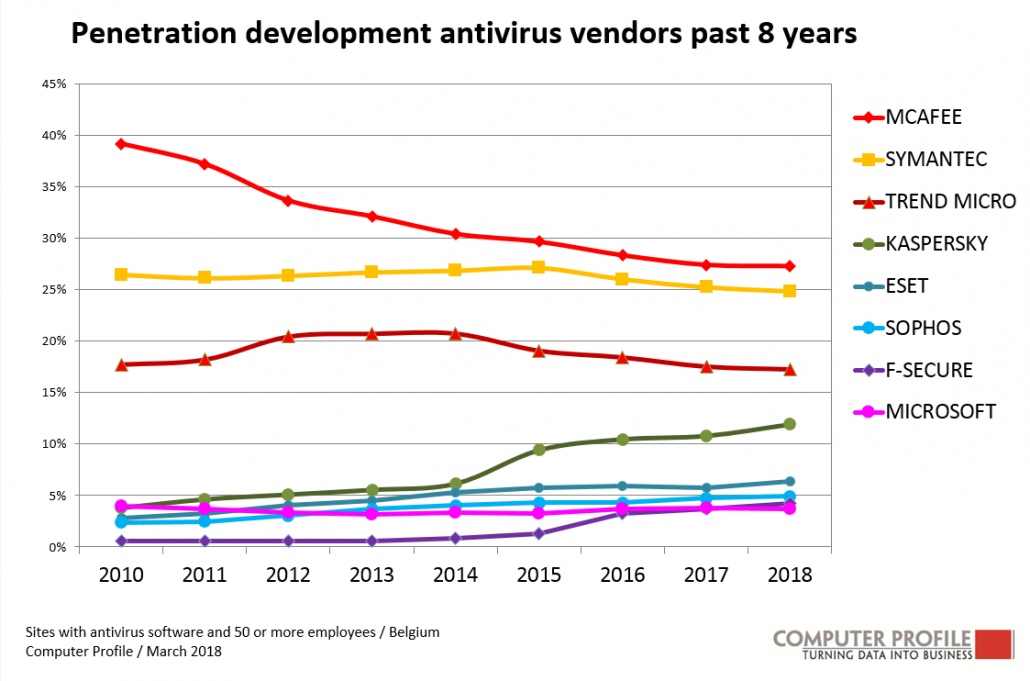 Of the total number of automated workstations across all locations (installed base), 31% are protected by a McAfee antivirus package. Here once again, Symantec ranks second (22.6%) and Trend Micro (15.7%).  A difference is nonetheless perceptible depending on the size of the company surveyed. Thus, McAfee is the big winner among multinationals with 48%. Among SMEs, McAfee (22%) cedes first place to Symantec (23.1%), which nonetheless also registers its highest share among multinationals (26.7%).  Trend Micro is installed the most among large national companies 19.3%). Kaspersky scores the largest shares among public companies (11.4%). 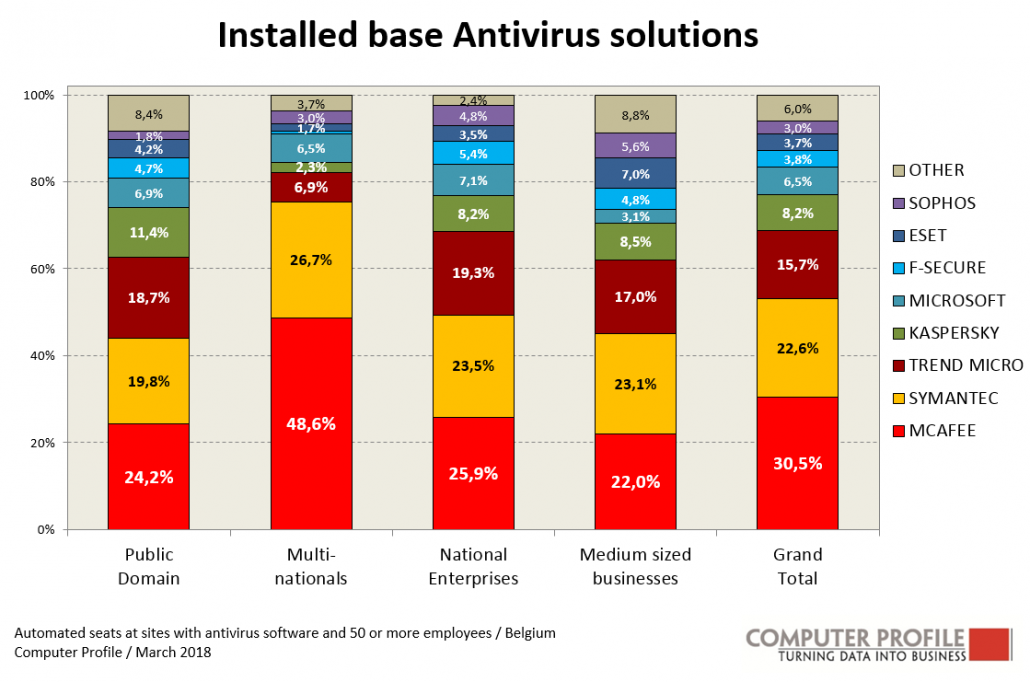 GDPR as a catalyst for change in thinking