The penetration rate of server virtualization is falling. This emerges from a market analysis by Smart Profile, a specialist in data-driven marketing, in which more than 6,000 decision makers from Dutch organizations with more than fifty employees were questioned. The decline in server virtualization follows a downward trend in on-site servers, which has been deployed since 2011. The decrease therefore seems to be the direct consequence of the consolidation and centralization process that is taking place within the business community and with (semi-) government organizations. 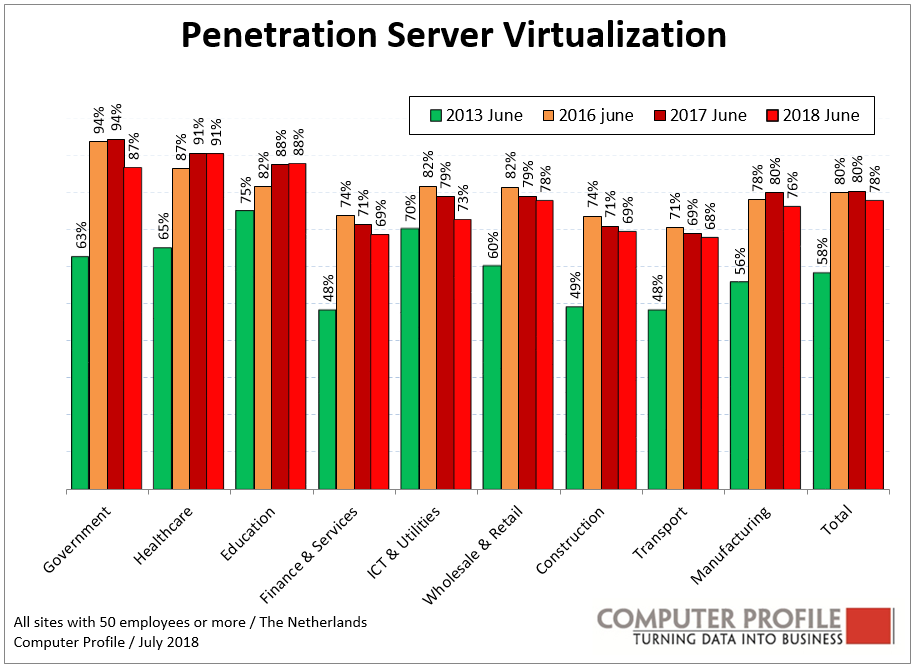 When it comes to servers running on location, there has been a continuous downward trend since 2011 in all sectors and types of organizations, with an average annual decrease of 5.5 percent. The reason for the decrease in local servers is the consolidation and centralization that companies and government institutions implement in their organization. For server virtualization, this phenomenon also appears to be at the root of the decline that has begun compared to 2016 and / or 2017.

Nevertheless, more than three-quarters of all business locations with 50 or more employees use server virtualization. The most commonly used server virtualization solution is still VMware (77%). In fact, compared to last year, VMware has further expanded its share (from 75.4% in 2017 to 77.1% now). This has come at the expense of numbers two and three, namely Microsoft and Citrix. They saw their share fall, from 16.9% in 2017 to 15.8% now and from 6.9% in 2017 to 6.4% now. 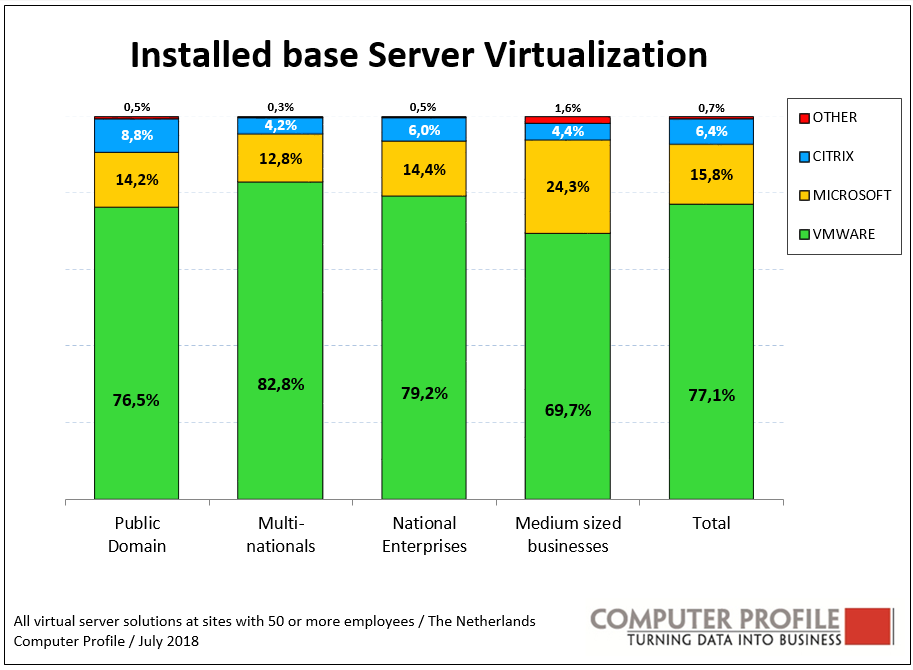 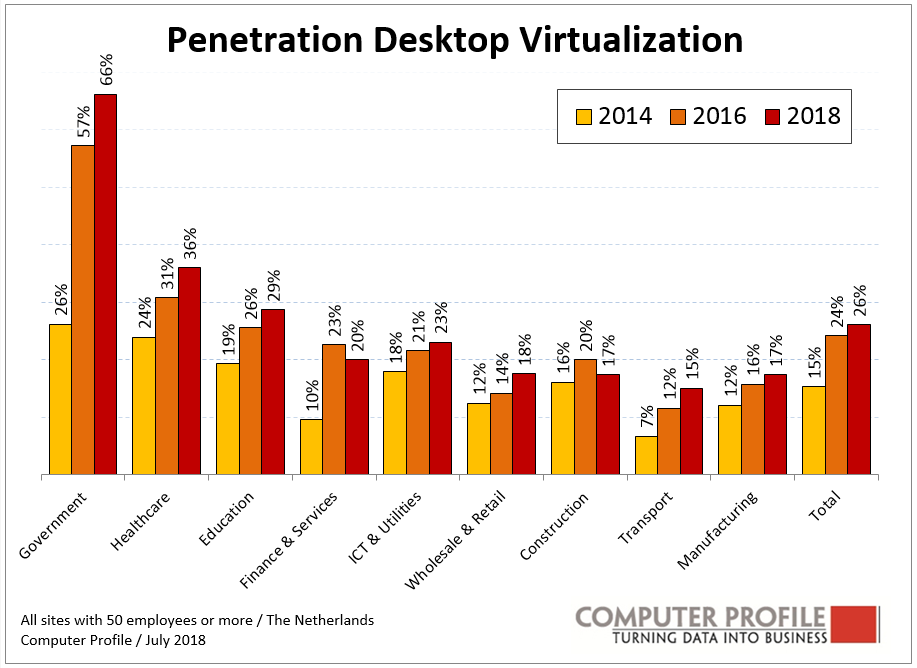 Where VMware is the most common solution in server virtualization, Citrix software is clear in desktop virtualization. More than 6 in 10 listed solutions for desktop virtualization concern a Citrix application. Compared to last year, Citrix’s share increased from 62 to 64 percent. Number two VMware went from 30 to 31 percent in the same period. While Microsoft, at an appropriate distance the number three, went from 3 to 2 percent. 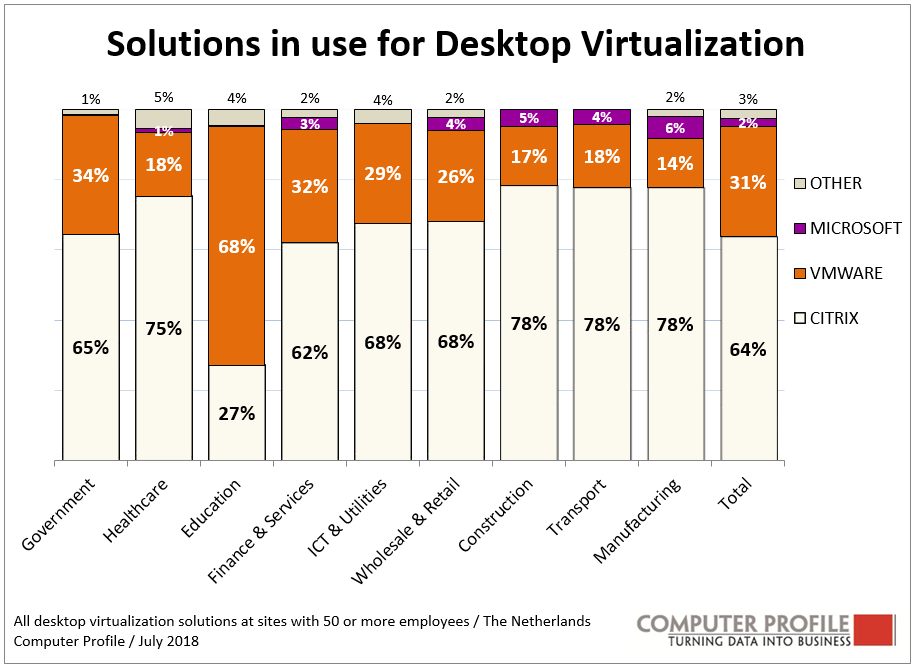 Do you want to receive recent data on this topic?

Contact us!
We want to help you stay up to date.

But what if your addressable market is actually far bigger than you think?